Tickets on sale Tuesday at 10am

“Their music is exciting, confounding and astounding. Style, mastery, melody and groove–the olllam’s gig is going to be hard to beat.”-The Irish Times

"If Lúnasa set the gold standard for traditional acoustic music, these guys are bucking for platinum. The word ollam is old Irish for a master musician, and there are three master musicians here."-Irish Music Magazine

"They create a musical vortex which seems to summon powers from beyond the perception of mere mortals. I'm not saying The Olllam commands magical or demonic powers: but if I happened to have such powers, this is the sort of music I'd want to create" -FolkWorld

"Pushing several fronts at once, this album does not easily fit into any standard music category.Is it traditional, avant-garde, improvised, hypnotic, jazzy, or just cool-to-listen-to? One thing I do know: I want to get 'the olllam' into rotation on the CD player in my car ASAP."-Michael Erlewine, Founder All-Music Guide

"It's a groovy, mystic rock sound that is your go-to Celtic music for people who think they don't like Celtic music."-The Irish Examiner 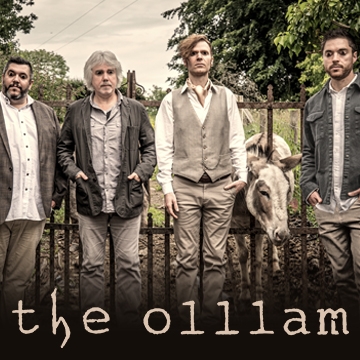